Most casinos have their headquarters in one country although they operate on an international level. However, these casinos still have to reply to domestic legislation in the different markets. Today, most countries have an extensive web of legislation and regulation that surrounds the casino business. It often takes the form of a regulatory body that enforces the law, and to which any prospective operators need to apply for a gambling license.

In the UK for example, the United Kingdom Gambling Commission has this role. Getting such a license can be challenging for different operators, usually, it comes with an economic cost, but it also means the casinos have to tailor their products to specific markets. For the customer, however, the increases in online regulation have been a blessing.

In the early days of online casinos, the market was heavily under-regulated and operators sometimes went bankrupt. Although it was not the industry standard it still caused concern for many. Consequentially, online casinos gained a poor reputation which impacted their business prospects.

Extensive regulations in the UK and Sweden alike

Sweden and the UK are two of the countries that have developed extensive national regulation over recent years. The chief authority in the UK – The United Kingdom Gambling Commission – was established by law in 2005 with the Gambling Act and has now been working for 12 years. The Commission’s main duty is to issue licenses to operators and revoke them in case of systematic misconduct. It also has the power to issue fines, which it has previously done to famous bookmakers. Ensuring responsible gaming standards across the industry is the Commission’s main. objective, and one that has been growing in recent years.

Spelinspektionen is the equivalent body in Sweden but a far more recent invention. Until 2019, the Swedish ‘spelmonopol’ (gambling monopoly) made life difficult for foreign operators in Sweden. With Spelinspektionen’s – the Swedish Gambling Authority – emergence, the market is now regulated in a very similar way to the United Kingdom – if interested in more information, read about it here (page in Swedish).

Casino Licenses in the Rest of Europe

Overall, the trend towards increased regulation and national gambling authorities has taken place all over Europe. In Denmark for example, Spillemyndigheden issues licenses to operators that want to establish themselves in the country. Denmark earlier had a gambling monopoly similar to the one in Sweden, but that was ruled illegal by the European Union. Svenska Spel also enjoyed preferential treatment in Sweden prior to its recent liberalisation of the gambling market.

The Malta Gaming Authority might be the most influential and important of its kind in Europe. Much of the iGaming-industry and many casino operators have their headquarters here, due to a very liberal set of laws that make it easy to set up these businesses. The gambling industry accounts for more than a tenth of the country’s GDP, which speaks volume to how important a regulatory body can be. The concept of a casino license was a slightly diffuse and unknown a decade ago – today it is something all casino operators have to deal with. 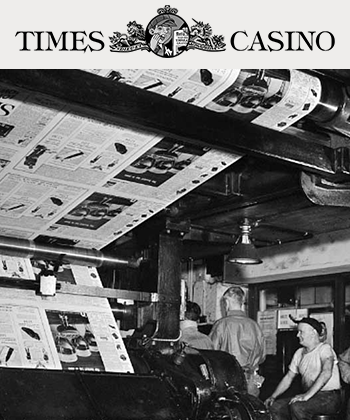